Daily Devotion: What God Hates: Deeds Of The Nicolaitans 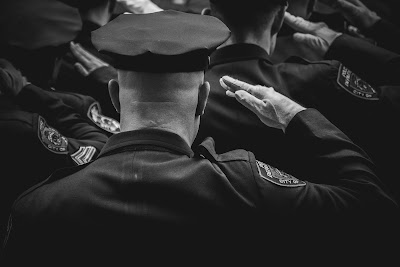 Key Verse: Verse 6 - “But this thou hast, that thou hatest the deeds of the Nicolaitans, which I also hate.”

Key Words: deeds of the Nicolaitans which I also hate

In Revelation 2:6,15, we read about the “deeds” and the “doctrine” of the Nicolaitans. Just who were the Nicolaitans, what were their deeds, and what was their doctrine?

The word, “Nicolaitans” means “destruction of people”. They were a sect or party of evil influence in early Christianity, especially in the seven churches of Asia (Revelation 1:11). Their apostate doctrine was similar to that of Balaam, “who taught Balak to cast a stumbling block before the children of Israel, to eat things sacrificed to idols, and to commit fornication” (Revelation 2:14-15; compare Numbers 22-25; 2 Peter 2:15-16; Jude 1:11). Their intent was not only to commit the immoral excesses of the heathen, in direction opposition to the decree of the church given in Acts 15:20, 29, but they also engaged in the orgies of idolatrous feasts. They seemingly brought the impurities of those feasts into the meetings of the early first century church. They are described like the false prophets in 2 Peter 2:1. While not much is known regarding the Nicolaitans, we do know that the church at Ephesus “hated the deeds of the Nicolaitans” (Revelation 2:6), and that the church in Pergamum had taken a compromising position toward their apostate teaching (Revelation 2:12-15). To accept the teachings of Balaam or the Nicolaitans was a practice condemned by our Lord (Revelation 2:6,15-16). In fact, any idolatrous practice is condemned in the Bible and is to be avoided at all costs (cf. 1 Samuel 15:23; 1 Corinthians 10:14; Gal. 5:19-20; Ephesians 5:5; Colossians 3:5). Moral: It’s easy to get people to follow when you give them what they want. Let me illustrate.

All morning, an instructor had been explaining leadership to a class of police recruits. Calling a man to the front of the class, he handed him a piece of paper on which was written: “You are in charge. Get everyone out of the room without causing a panic.” The recruit was at a loss for words and returned to his seat. The second man summoned tried: “Everybody outside. Go!” No one moved. A third man glanced at the instructions, smiled and said, “All right, men. Break for lunch.” The room emptied in seconds.

So it is with the doctrine of the Nicolaitans. They taught the people what they wanted to hear, and so they followed. Sounds a lot like today, doesn’t it?

What to do:
✞ Doctrine is not doctrine if it is not true.