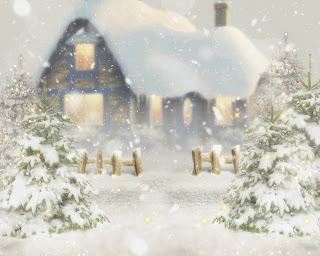 
Without Jesus to wash us whiter than snow, there can never be a genuinely white Christmas.

Consider Lindsay, for example. His father, a distant and severe man, worked him especially hard during the holidays.  Lindsay was given extra chores at the family ranch, and his old man whipped him if he didn’t work hard enough.  Lindsay lived in fear of those beatings, which often drew blood.  But even worse were the verbal floggings, the names, the insults, the belittling put-downs.  They seemed especially harsh at Christmas.

The memories stayed with him all his life, tormenting him like demons every December.  One friend said, “Lindsay was never able to find happiness.  He became a hard-drinking rounder who went from woman to woman and couldn’t find peace or success.”

Finally at age 51, he angrily watched Bing Crosby’s “White Christmas” one last time, then put a gun to his head and a bullet through his brain.

“I hated Christmas because of Pop, and I always will,” he once said.  “It brings back the pain and fear I suffered as a child.  And if I ever do myself in, it will be at Christmastime.  That will show the world what I think of Bing Crosby’s ‘White Christmas’.”

(That bizarre story is itself a parable of what happens when we gut Christmas of its true glory.  If only Lindsay had really understood that Jesus Christ was born on Christmas day so that our sins, though they be as scarlet, shall be as white as snow.  “…though they be red like crimson, they shall be as wool,” Isaiah 1:18b.)

What to do:
✞ Always remember that a merry Christmas begins with Jesus washing us so we will be whiter than snow.