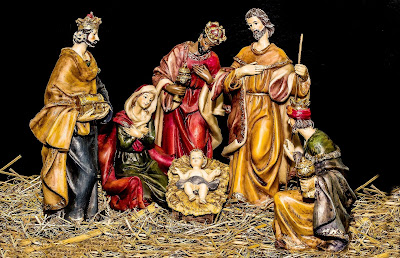 “We three kings of orient are,

And then the refrain:

“O star of wonder, star of night, Star with

The words were penned by John Henry Hopkins (1820-1891), an Episcopal Bishop, who was both a graduate of the and the General Theological Seminary, in 1850.  would go on to be a deacon, author, illustrator, and designer as well as a music teacher in his seminary. He also enjoyed working in stained glass.

He composed “We Three Kings” in 1857, but it was not published until 1863, during the midst of the Civil War. Actually he composed the words to this his most famous hymn as a piece to be performed in a Christmas church pageant for his nephews and nieces at the Seminary.

The second, third and fourth verses of the song place the spotlight of history on the three kings, who may have been wise men and in some writings were magicians.  Whatever their actual calling was, they are now endemic to the Christmas story of the Bible. The final or fifth verse is a paean to the Christ Child with the sounds of Alleluia ringing across the plains.

To God be the glory!!

What to do:
✞ We don’t worship kings, but the King of Kings. Pastor’s Note:  We really don’t know if these wise men were kings, nor do we know there were three of them.  This is believed because of their gifts: gold, frankincense, and myrrh.