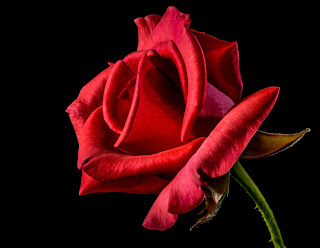 Key Words: I am the rose of Sharon


This song was first published in 1588 as "Es Ist ein Ros' Entsprungen," a medieval Christmas carol.  It originally had twenty-three stanzas, each comparing Mary to a rose.  This idea came from a mystical rose tradition associated with a verse in the Song of Solomon, “I am the rose of Sharon” (2:1).

When the Reformation rolled across , the song was revised for use by Protestants.  In the new version, Mary became the rose bush that bore the true Rose, Jesus Christ.  The song’s first verse mixes its metaphors and alludes to Isaiah 11:1, “And there shall come forth a rod out of the stem of Jesse, and a Branch shall grow out of his roots.”  This is Christ.

You may be wondering, “Who is this fellow, Jesse?”

Jesse, the father of David, first appears in the Bible in I Samuel 16.  He had eight sons, seven of whom were rejected as the choice for the king of .  David, the youngest, was chosen, because, as God said, “Look not on his countenance, or on the height of his stature…for the LORD seeth not as man seeth; for man looketh on the outward appearance, but the LORD looketh on the heart” (verse 7).

Eventually, David’s kingdom was cut down like a tree, leaving behind the stump of Jesse.  About thirty generations after David, Jesus was born as King of the Jews.   This is why we now sing about Christ as the shoot who came out of the stump of Jesse.

Lo! How a Rose E’er Blooming

Lo, how a Rose e’er blooming
From tender stem hath sprung!
Of Jesse’s lineage coming,
As men of old have sung.
It came, a flow’ret bright,
Amid the cold of winter,
When half spent was the night.

Isaiah ’twas foretold it,
The Rose I have in mind;
With Mary we behold it,
The virgin mother kind.
To show God’s love aright,
She bore to men a Savior,
When half spent was the night.

This Flow’r, whose fragrance tender
With sweetness fills the air,
Dispels with glorious splendor
The darkness everywhere.
True man, yet very God,
From sin and death He saves us,
And lightens every load.

And lightens every load.
O Savior, Child of Mary,
Who felt our human woe,
O Savior, King of glory, Who dost
Our weakness know;
Bring us at length we pray,
To the Bright courts of heaven
And to the endless day!

What to do:
✞ Do you know Jesus as your Savior, King of glory?  If not, accept Him today.