Daily Devotion: He Leadeth Me 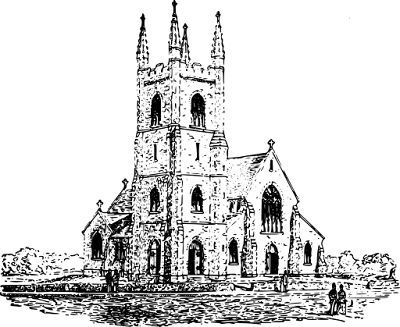 
Through the years, has been the birthplace of many church hymns and Gospel songs.  But perhaps the one for which it is best known, is the great assurance hymn, “He ”

Joseph Henry Gilmore was born in in 1834.  In 1861 he was supply pastor at in .  After a mid-week praise and prayer service in which he had been speaking on the 23rd Psalm, he visited the home of Deacon Watson, where there was further discussion on this beautiful portion of Scripture.  It was during the discussion that he jotted down this hymn, as he said, and handed it to his wife.  She in turn, without his knowledge, sent it off to a Baptist publication.  Some years after its publication in that paper, and when visiting a church in , he happened to pick up a new little hymnal they were using.  As he turned its pages, his eyes fell upon his hymn.  You see, William Bradbury, often called the “Father of the Gospel Song,” had found the words in the Baptist magazine and had composed a tune which exactly caught the tone and spirit of the text.  Such is the story of Joseph H. Gilmore’s great hymn.

On a bronze tablet, on the side of the UGI Building in Philadelphia are found these words: “He Leadeth Me”, sung throughout the world, was written by Reverend Doctor Joseph H. Gilmore, a son of a governor of New Hampshire, in the home of Deacon Watson, immediately after preaching in the First Baptist Church, northwest corner Broad and Arch Streets, on the 26th day of March 1862.  The church and Deacon Watson’s home stood on the ground upon which this building was erected.”

What to do:
✞ Being successful requires being a good follower – follow Him. Are you Saved? | Get These Devotions By Email
Posted by D4L at 1:00 AM