Daily Devotion: God Will Take Care Of You 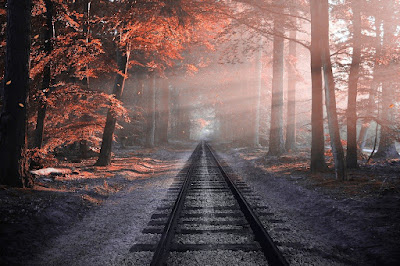 
Dr. and Mrs. William Stillman Martin and daughter were guests at the in Lestershire, now .  The year was 1904 and Dr. Martin was traveling in the area as an Evangelist.  One Sunday, he was scheduled to speak in a church some distance from Johnson City, but when Mrs. Martin awakened that morning she felt ill; in fact to Dr. Martin she seemed ill enough for him to cancel his engagement.  This thought he voiced to his wife but before she could answer her husband, their young daughter, perhaps 7 or 8 years of age replied, “Oh, Daddy, you don’t have to stay home because of mother – God will take care of us.”  Taking this as a voice from the Lord and having his wife’s full approval, he boarded the train and went on to his meeting.  When he arrived at the church, there was word awaiting him.  It was from his wife saying, “All is well – God did take care of us.”

When Dr. Martin arrived back at the school he was met by his wife who was now fully recovered.  As she greeted him, she handed him a paper with some verses written on it.  In the hour of extremity, God had given the confidence needed – and all through the little child the Lord had given them.  The poem was entitled “God Will Take Care of You.”  Soon, Dr. Martin had taken these words and while seated at the piano in the apartment wrote the melody which through the years has proven to be one of the most perfect and singable musical settings ever composed for a Gospel song.

What to do:
✞ Don’t run from God; run to Him and let Him take care of you.