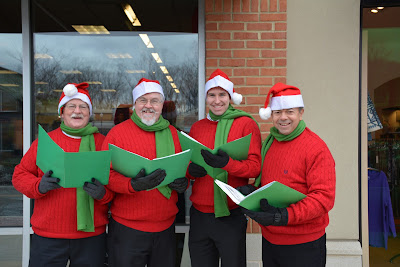 
“God Rest You Merry, Gentlemen” (also known as “God Rest Ye Merry, Gentlemen”) is an English traditional Christmas carol. The melody is in the minor mode. It was published by William B. Sandys in 1833, although the author is unknown.

Like so many early Christmas songs, this carol was written as a direct reaction to the music of the 15th Century Church. During this period, the songs of organized religion were usually written in Latin and their melodies were somber and dark, offering singers and listeners little inspiration or joy. In fact, though few admitted it in public, most church members secretly disliked the accepted religious songs of the day. Yet the laymen of the time had no power over the way they worshipped and had to accept things as they were. So, while they continued to go to worship, they created their own church music outside the walls of the cathedrals and chapels. In this way, the peasant class led a quiet rebellion against the tone of religious music by writing religious folks songs that were light, lively and penned in common language. Their Christmas folk songs became the foundation of what are now known as Christmas carols.

So this Christmas season, remember we should be “merry” but in Christ we are also strong and mighty.

What to do:
✞ Yes, even this Christmas season we should  remember that God is strong and mighty.  Put your trust in Him.