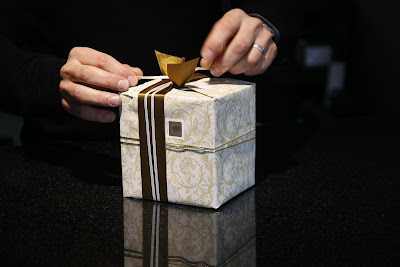 
I’m not much of a shopper anytime of the year and that includes Christmas.  But I came across the following article about Christmas shopping and thought I would share it with you.

Lynne Hybels, the wife of pastor Bill Hybels, tells of a touching scene she witnessed years ago. As a child she was very intrigued with a man in a discount store who was struggling with the purchase of a small and inexpensive figurine. His attire revealed much. He was an older man whose children were no doubt grown. The lines in his face and the worn clothes on his back told of a hard and bittersweet life. Yet everything about this man communicated the intensity of his love for the recipient of that gift. His gift would not compare with the countless other gifts purchased by those whose incomes afforded much more. The wrapping would probably be less than elaborate. It might be the only gift he could give her. But somehow his gift seemed more significant than any other. Since that time Mrs. Hybels has seen thirty years of Christmas shopping frenzies, but each year this anonymous shopper is the one who tugs at her heart and moistens her eyes. She says, “Sometimes the most beautiful love stories are etched on the faces of the lowly and shared by the humble.”  May such stories of intentional love define your Christmas season this year!

I have reached the place in my life where the gifts I receive are not near as dear to me as the givers of those gifts.

May God bless each of you this Christmas season and may love define Christmas for each of us.

What to do:
✞ May others see your love for Christ this Christmas. Are you Saved? | Get These Devotions By Email
Posted by D4L at 1:00 AM