Daily Devotion: Angels From The Realms Of Glory 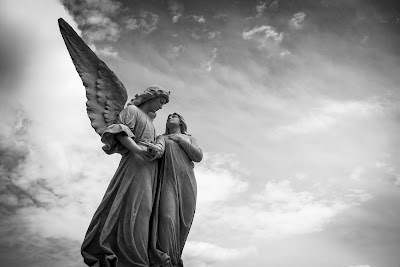 Bible :  Luke 2:13-20
Key Verse: Verse 13 - “And suddenly there was with the angel a multitude of the heavenly host praising God, and saying,”
Key Words: praising God


“Angels from the Realms of Glory” was written by James Montgomery and was first published on Christmas Eve 1816 in the Sheffield Iris. The hymn has a sense of urgency and excitement, magnified by the use of imperative verbs throughout, especially in the refrain: Come and worship . . .

The original final stanza is usually omitted in hymnals:


While such language seems harsh to modern ears, and indeed seems to end the Christmas hymn on a bit of a “downer,” it completes a thoughtful progression from the first to the last stanzas. The Angels song (stanza one) leads to the Shepherds’ adoration (stanza two), and to Sages’ gifts (stanza three), and to Saints’ praise in heaven (stanza four), and finally, to the Sinners’ repentance on earth (stanza five).

The themes of justice and mercy as well as the image of broken chains are also appropriate in the context of the poet’s life. His newspaper denounced the social evils of his day, especially the slave trade. was even jailed for his radical views: once for publishing a poem that celebrated the fall of the Bastille, and another time for denouncing the actions of the police during a riot. He used the time in prison to write poetry.

Even though the original final stanza may seem to put a damper on unbridled Christmas joy, reminds us that the Nativity was more than a sweet manger scene.

As many texts from Isaiah and the prophets remind us, the Incarnation was an event celebrating the liberation of oppressed peoples by a just and merciful God taking on human form. Let us celebrate, in the words of , that God’s “justice now revokes [our] sentence” and that God’s “mercy . . . break[s] [our] chains”!

Angels from the realms of glory,
Wing your flight o’er all the earth;
Ye who sang creation’s story
Now proclaim Messiah’s birth:
Come and worship, come and worship,

What to do:
✞ During the Christmas season, let’s not forget to come and worship Jesus.