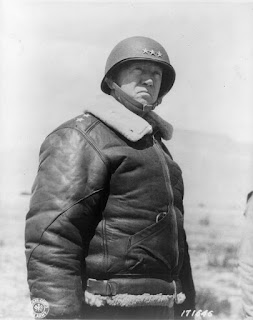 Every good and perfect (maturing) gift comes from the Father. We should be thankful for this – that God is perfecting and maturing us.

The one thing I have discovered in my years in the ministry is that genuine thankfulness is a rarity.

A soldier serving during World War II in the American Third Army was sent to a rest camp after a period of active service.  When he returned to his outfit, he wrote a letter to General George Patton and thanked him for the splendid care he had received.  General Patton wrote back and thanked him for his letter.  In that letter he said in part, “For thirty-five years I have sought to give comfort and convenience to all the men in the Armed Forces, but this is the first letter of thanks that I’ve ever received for those thirty-five years of service.”  There are fewer points in which human nature is lacking than that of gratitude.

Matthew Henry, the famous scholar, was once accosted by thieves who robbed him of all the possessions he had on him.  He later wrote in his diary, “Let me be thankful first because I was never robbed before; second because, although they took my purse, they did not take my life; third because, although they took my all, it was not much; and fourth because it was I who was robbed, not I who robbed.”

We all have something each and everyday for which we should be thankful.  Should we not begin to put God’s goodness into words of gratitude?

What to do:
✞ Everyday thank God for His goodness.
✞ Find one thing a day you can thank someone for.
✞ Understand that genuine thankfulness comes from being filled with the Holy Spirit, not our own self-centered desires (Ephesians 5:18, 20).