Daily Devotion: It Turned Out Good 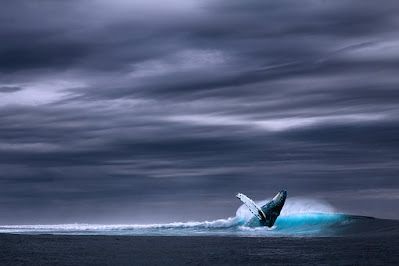 Everyone knows the story of Jonah – how he attempted to flee from the presence of God, went down to Joppa and got on a ship headed for Tarshish, and how God sent a storm, and Jonah was cast overboard and swallowed by a great fish.

In our Bible reading from Jonah 2, Jonah is now praying for God’s deliverance.  That which appeared to be bad turned out to be good.  Jonah was delivered and he went to and preached.  The city repented and turned to God.

A wise old Chinese gentleman lived on the troubled Mongolian border.  One day his favorite horse, a beautiful white mare, jumped the fence and was seized on the other side by the enemy.  His friends came to comfort him.  “We’re so sorry about your horse,” they said.  “That’s bad news.”

A week later, the Chinaman looked out his window to see his mare returning at breakneck speed, and alongside her was a beautiful stallion.  He put both horses into the enclosure, and his friends came to admire the new addition.  “What a beautiful horse,” they said.  “That’s good news.”

The next day, the man’s only son decided to try riding the stallion.  It threw him, and he landed painfully, breaking his leg.  The friends made another visit, all of them sympathetic, saying, “We’re so sorry about this.  It’s such bad news.”

Within a month, a terrible war broke out between and .  The Chinese recruiters came through the area, pressing all the young men into the army.  All of them perished – except for the Chinaman’s son, who couldn’t go off to war because of his broken leg.

What to do:
✞ Thank God for all things, even that which appears to be bad.
✞ Ask God to develop in you a “no-quit” attitude, and a thankful spirit to go along with that attitude.
✞ Never run from rough situations, they usually turn out to be some of your greatest blessings.