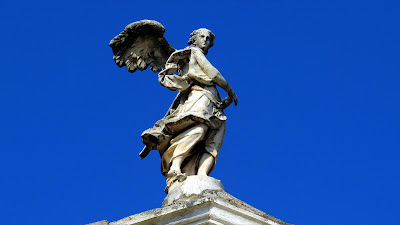 I have never heard a message on or about Lot’s children. Think about this.

Two angels were sent from God to Sodom. The reports of Sodom's sins were found to be true. More! Those vices did not slink down the back alleys of the city, furtive and ashamed. They stalked brazenly along the major thoroughfares. The gay community demanded its rights, and the rulers of society endorsed the “preferences” of the Sodomites as normal and permissible. Their “alternative lifestyle” was endorsed by the laws of the land, and Lot was hired to help enforce those laws.

The streets of Sodom were notoriously vile. Visitors were not safe in the place, not even heavenly visitors, not even when those visitors were guests in the home of a minister of state. God’s judgment must fall.

Doubtless Lot had sent his children to Sodom’s schools, and allowed them to play with Sodom’s sons. He watched his children imbibe Sodom’s ways and turned a blind eye at Sodom’s vices. He watched his wife become more and more involved in Sodom’s social life. But watch him now! There he goes, running as fast as he can to warn them of impending doom.

At least two of Lot’s daughters had married into Sodomite families. He had lost them! They cared nothing at all for spiritual things. And payday had now arrived. He had sowed worldliness, and he was now reaping worldliness. He had “vexed his righteous soul from day to day” (II Peter 2:8), but little good that could do as long as he continued to live in Sodom. Why couldn’t he see that? Why didn’t he get right with God? Why don’t we?

We see our children absorbing this world’s values. So many of them argue over every little thing. They don’t want the company of God’s people; they prefer their godless friends. We wonder why. If we have modeled our own lifestyle on worldliness, no wonder our children do the same. As the hymn writer puts it,

Room for pleasure, room for business –

But, for Christ the Crucified,

Not a place where He can enter

In the heart for which he died?

What to do:
✞ Our children are a library book on loan with a due date that remains unknown. Make every moment count for God with your children.