Daily Devotion: The Gift of Prophecy 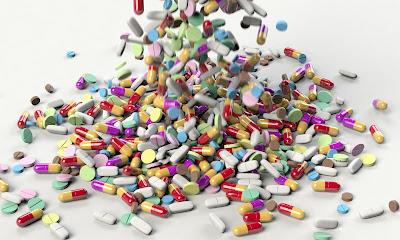 In the Bible there are two primary Greek words for prophecy.  There is propheto, to foretell the future.  In I Corinthians 13:8 we read, “Charity never faileth: but whether there be prophecies, they shall fail...”  This is the word propheto.  Foretelling the future will fail.  The word fail means no activity, to be abolished.  The second word for prophecy is prophetea, meaning to speak out for God.  This is the word in our text.

The person with the gift of prophecy focuses on truth.  As a matter of fact, they feel as though they must correct error. This sometimes causes division and hard feelings when the “prophet” points out the errors (untruths) of others.

We need those who have the gift of prophecy in our churches to keep the church on the path of truth.  On the other hand, those with the gift must be spirit-filled and understand the importance of speaking the truth in love.

Years ago, The Betty Ford Story aired on television. This was a movie that told the story of her addiction and recovery.  At a point during the movie, a fairly emotional scene took place.  The family is all sitting around confronting Betty Ford.  Her son says, “Mother, you are destroying yourself; you are destroying this family, and you are killing yourself. Mother, you are a drunk, you are an addict.”  The mother was infuriated. She told her son that he was being very disrespectful and questioned his right to speak to her that way. She said, “How can you say these things to me? I am your mother!”  The boy said, “Mother, I can say it because it is the truth.”  This confrontation was the catalyst for the establishment of the Betty Ford Clinic.  Now this same place helps a lot of other people overcome their addictions.  Many of the people who have come to the clinic were able to face their addictions because, like Betty Ford’s son, someone had the guts to tell the truth because they loved them.

What to do:
✞ The truth hurts but we all live lies without it. Are you Saved? | Get These Devotions By Email
Posted by D4L at 1:00 AM