Daily Devotion: The Gift of Giving 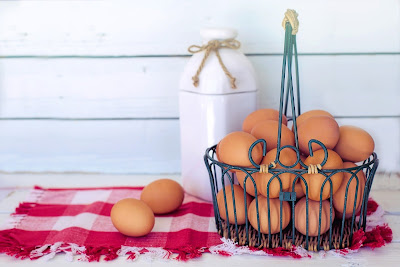 Key Verse: Verse 8 – “Or he that exhorteth, on exhortation: he that giveth, let him do it with             simplicity; he that ruleth, with diligence; he that sheweth mercy, with cheerfulness.”

Key Words: he that giveth, let him do it with simplicity

“He that giveth, let him do it with simplicity” Romans 12:8b.  The word simplicity you would think means simple, not so.  The word means to give with sincerity and abundance.  It carries the idea of not giving for show.

Every church needs those who have the gift of giving.  They are the ones who take care of many needs around the church and never ask or require any attention for doing so.

Charles Spurgeon had the grace gift of giving.  Charles and his wife, Susannah, according to a story in the Chaplain magazine,  would sell, but refused to give away, the eggs their chickens laid.  Even close relatives were told, “You may have them if you pay for them.”  As a result some people labeled the Spurgeons greedy and grasping.

They accepted the criticisms without defending themselves, and only after Mrs. Spurgeon died was the full story revealed.  All the profits from the sale of eggs went to support two elderly widows.  Because the Spurgeons were unwilling to let their left hand know what the right hand was doing (Matt. 6:3), they endured the attacks in silence.

That’s usually how those with the gift of giving handle things: sincerely, abundantly, and quietly.

If you have the grace gift of giving, may God bless you for using it.  No church could make it without people such as yourself.