Daily Devotion: Just Do It 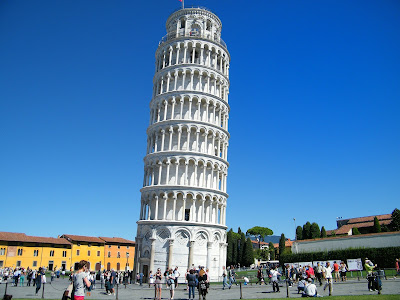 Key Verse: Verse 24 - “Therefore whosoever heareth these sayings of mine, and doeth them, I will liken him unto a wise man, which built his house upon a rock:”

Key Words: and doeth them

When people understand that God has put in place certain laws, heeding them shows your wisdom. For example, the law of gravity: when you jump off a ladder or building, you don’t go up, you come down. Wise people acknowledge this and heed it.

Folks, on the other hand, have been known to not heed these laws and suffer the consequences. Now, before someone challenges me, I know that there are “things” that fly through the air but if you get on top of a building and jump off, you’ll come crashing down.

Jesus is our Rock. The psalmist said in Psalm 31:3a speaking of the Lord, “For thou art my rock and my fortress.”

The Leaning Tower of Pisa in Italy is going to fall. Scientists travel yearly to measure the building’s slow descent. They report that the 179-foot tower moves about one-twentieth of an inch a year, and is now 17 feet out of plumb. They further estimate that by the year 2027 the 810 year-old tower will have leaned too far and will collapse onto the nearby ristorante, where scientists now gather to discuss their findings.

Quite significantly, the word “pisa” means “marshy land,” which gives some clue as to why the tower began to lean even before it was completed. Also—its foundation is only 10 feet deep!

What to do:
✞ A “solid” life is a life built on The Solid Rock.