Daily Devotion: Between a Rock and a Hard Place 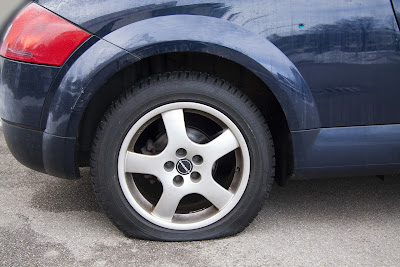 Key Verse: Verse 27 – “And they answered Jesus, and said, We cannot tell. And he said unto them, Neither tell I you by what authority I do these things.”

Key Words: Neither tell I you by what authority I do these things.

It was final exam week at college and many, but not all, were busy studying for final exams. Now I say “not all” because there were four students who had failed to properly prepare for one of their finals. Well, they decided to skip class that day and then call a friend to find out what questions were asked on the final exam. The friend told them and they began to memorize each question with the correct answers. The next day they went to the professor and told him how they had missed the final exam but were not ready to take it. The professor inquired as to why they had failed to take the exam at the proper class time. They weren’t prepared for that question and were able to all give the same answer. They were on their way to the college and had a flat tire (which was not the case at all; remember they had skipped class because they had not studied). The professor seemingly accepted their excuse and assigned each young man to a corner of the class room to take their final. The professor then said, “Your final exam consists of one question: which tire was flat? Needless to say, none of the four were ready for that. Now they found themselves between a rock and a hard place. Oh, and by the way, they all failed as did the Pharisees and religious leaders.

Man has for centuries looked for a way to “trap” Jesus so they could deny that He is God, but they fail every time and will continue to fail!!

What to do:
✞ Today and everyday praise God for His power and wisdom.