Daily Devotion: Where Can the Righteousness Run? 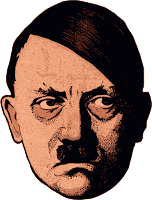 Bible Reading: Proverbs 18:1-10
Key Verse: Verse 10 –"The name of the LORD is a strong tower: the righteous runneth into it, and is safe. "
Key Words: the righteous runneth into it, and is safe
Who we run to in the midst of adversity reveals where our faith lies.
In 1934, Adolf Hitler summoned German church leaders to his Berlin office to berate them for insufficiently supporting his programs. Pastor Martin Niemoller explained that he was concerned only for the welfare of the church and of the German people. Hitler snapped, “You confine yourself to the church. I’ll take care of the German people.” Niemoller replied, “You said that ‘I will take care of the German people.’ But we too, as Christians and churchmen, have a responsibility toward the German people. That responsibility was entrusted to us by God, and neither you nor anyone in this world has the power to take it from us.” Hitler listened in silence, but that evening his Gestapo raided Niemoller’s
rectory and a few days later a bomb exploded in his church.
During the months and years following, he was closely watched by the secret police, and in June 1937, he preached these words to his church: “We have no more thought of using our own powers to escape the arm of the authorities than had the apostles of old. We must obey God rather than man.” He was soon arrested and placed in solitary confinement.
Dr. Niemoller’s trial began on February 7, 1938. That morning, a green uniformed guard escorted the minister from his prison cell and through a series of underground passages toward the courtroom. Niemoller was overcome with terror and loneliness. What would become of him? Of his family? His church? What tortures awaited them all?

What to do:
✞Remember in times of trial and adversity we do have a place of safety!