Daily Devotion: The Righteousness of God ~ The Jammed Turnstile 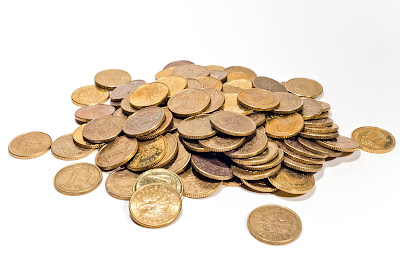 Bible Reading: Matthew 5:13-20
Key Verse: Verse 20 – "For I say unto you, That except your righteousness shall exceed the righteousness of the scribes and Pharisees, ye shall in no case enter into the kingdom of heaven."
Key Words: except your righteousness shall exceed the righteousness of the scribes and Pharisees
What exactly is the righteousness of the scribes and Pharisees according to Romans 9:32? Their righteousness is by doing the works of the law rather than by the grace of God.
Donald Grey Barnhouse once told of a friend who did not see well, and entered a New York subway station and found that he needed change in order to get through the turnstile. The man in the change booth gave him the necessary coins, but to my friend's fingers one coin did not feel quite right. The changemaker brusquely brushed him on his way, saying that he knew what he had given in change. My friend put the coin into the turnstile slot, and the mechanism jammed. Quite angry by this time, the changemaker opened the turnstile box, and discovered a foreign coin. An American mechanism, geared for American coins, refused to accept the foreign coin which he had given the man who could not see well. Evidently, the foreign coin looked like an American one, but the mechanism rejected it because it was not an American coin.
Our own righteousness may pass for good coin here on earth, but the only currency that is acceptable in heaven is God’s perfect righteousness.

What to do:
✞Remember, the righteousness apart from God is not righteousness at all.
Are you Saved? | Get These Devotions By Email
Posted by D4L at 1:00 AM