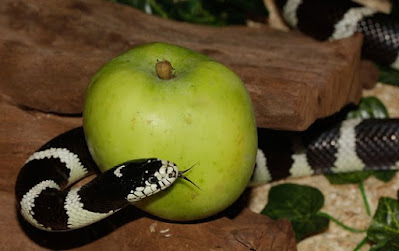 Bible Reading: Psalm 23
Key Verse: Verse 3 - “He restoreth my soul: he leadeth me in the paths of righteousness for his name's sake."
Key Words: leadeth me in the paths of righteousness for his name’s sake
God never leads us down an unrighteous path. He never leads us to disobey His Word or commit acts which are not acceptable to Him.
This is one of the ways by which we can know God’s will.
Adam and Eve knew that eating the forbidden fruit was against God’s Word. They knew it would be unacceptable to God, but pride took over and they only cared about themselves...which I am sure gave Satan and his demonic angels a big laugh...which is one of the reasons we live righteously for God’s name sake. When we fail to live righteously we defame and bring shame on the very name of God.
As a boy growing up I would often hear my dad say, “Now, kids, we don’t have much by earthly standards.” We lived in an 800 square foot house and I had two pairs of pants, two shirts, and two pairs of socks, and one pair of shoes. We never went out to eat. We seldom had soft drinks around; we would drink water, tea or milk. But dad would always say, “We don’t have much, but we do have a name. Don’t destroy it!”
We live righteously for His name sake.

What to do:
✞Don’t disgrace God’s name with your life.