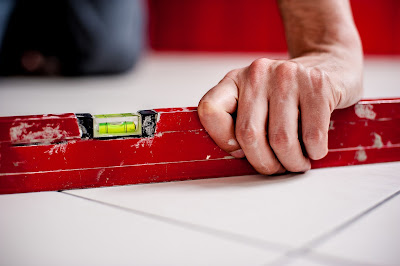 Bible Reading: Matthew 5:1-12
Key Verse: Verse 6 - “Blessed are they which do hunger and thirst after righteousness: for they shall be filled."
Key Words: Blessed are they which do hunger and thirst after righteousness
In college I took a course in word study and our professor would remind us often that you can’t properly define a word by using the same word in the definition. For example, you can’t define righteousness by saying “that which is right” because you’re not thoroughly giving a clear definition. Now you have to define the word right and this could go on endlessly. So let’s define the word right from both the Greek and Hebrew. In the Greek it’s a builder’s term: the bubble is in the middle, or bring your life on the level with God’s Word. In the Hebrew it means that which is acceptable to God.
So in the Sermon on the Mount, Jesus tells the people that they should hunger and thirst after a life that is on the level with God’s Word, a life that is acceptable to God.
In the Antarctic summer of 1908-9, Sir Ernest Shackleton and three companions attempted to travel to the South Pole from their winter quarters. They set off with four ponies to help carry the load. Weeks later, their ponies dead, rations all but exhausted, they turned back toward their base, their goal not accomplished. Altogether, they trekked 127 days. On the return journey, as Shackleton records in The Heart of the Antarctic, the time was spent talking about food - - elaborate feasts, gourmet delights, sumptuous menus. As they staggered along, suffering from dysentery, not knowing whether they would survive, every waking hour was occupied with thoughts of eating. Jesus, who also knew the ravages of food deprivation, said, "Blessed are those who hunger and thirst for righteousness." We can understand Shackleton's obsession with food, which offers a glimpse of the passion Jesus intends for our quest for righteousness.

What to do:
✞May we hunger and thirst after a life that is on the level with God’s Word, a life acceptable to God.
Are you Saved? | Get These Devotions By Email
Posted by D4L at 1:00 AM