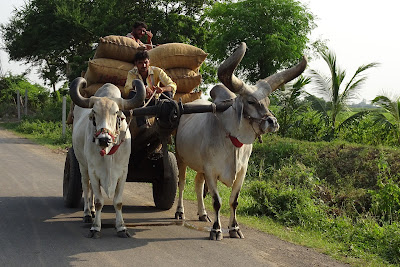 Bible Reading: II Corinthians 6
Key Verse: Verse 14– “Be ye not unequally yoked together with unbelievers: for what fellowship hath righteousness with unrighteousness? and what communion hath light with darkness?"
Key Words: what fellowship hath righteousness with unrighteousness
When Paul talks about being yoked together, he is talking about a permanent relationship like marriage, business ventures, and yes, even church membership.
You can’t yoke together one who lives their life acceptable to God, they live their life on the level with God’s Word, and one who doesn’t. Conflict is inevitable.
A man went to the airport, and he ran into this pretty, pretty girl. They began talking, and they began to click with each other. Something was happening; fire was starting to ignite. He finally asked her, “Where are you flying to?”
She said, “I am flying to Canada. Where are you flying to?”
The man replied, “I am flying to Mexico.” And then he came up with a bright idea: “Why don’t we get on the same plane?”
What he didn’t think of in his stricken state is that it is impossible for two people to travel together when one’s going up and the other’s going down.
When steam rises, it goes up. When snowflakes fall, they come down. They’re made of the same thing; they are both water. But they are both going in two different directions. Snow can’t hang out with steam, and steam can’t hang out with snow. Why? Because even though they’re made of the same basic stuff, they are not headed in the same direction.
So I ask: what fellowship hath righteousness with unrighteousness?

What to do:
✞Be careful who you yoke up with.
Are you Saved? | Get These Devotions By Email
Posted by D4L at 1:00 AM