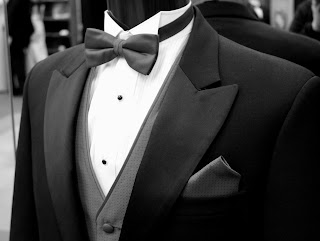 Bible Reading: Ephesians 4:17-25
Key Verse: Verses 24 –“And that ye put on the new, which after God is created in righteousness and true holiness."
Key Words: God is created in righteousness
There are certainly things in life that we need to “put off” such as lying, bitterness, anger, corrupt communication, just to name a few. But there are things we need to put on as well: kindness, tender-heartedness, forgiveness...again, just to name a few of those things we need to put on.
Our appearance, attitude, demeanor...these things are important and are a part of a righteous life, not to be saved but because we are saved and we represent the King of Kings and Lord of Lords.
Some time back our ambassador to Israel was speaking to a group that I was a part of. He was dressed very elegantly, his demeanor was beyond reproach. After he had finished with our address, our moderator said, (all because we were dressed in dress-up casual) “I should have told you how we would be dressed.” The ambassador responded, “Thank you but it wouldn’t have mattered. I would have dressed the same way. Because everywhere I go, I represent our president. I would never want him to be disappointed with me.”
Everywhere we go, we should put on righteousness so our Heavenly Father will never be disappointed with us. Amen!

What to do:
✞Put on righteousness.