Daily Devotion: Walk By Fear Not By Faith 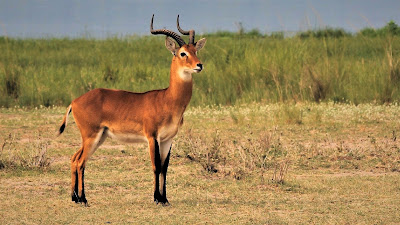 Key Verse: Verse 32 – “And they brought up an evil report of the land which they had searched unto the children of Israel, saying, The land, through which we have gone to search it, is a land that eateth up the inhabitants thereof; and all the people that we saw in it are men of a great stature.”

Key Words: And they brought up an evil report

It is easy to talk about walking by faith; but when the fridge is empty, the gas needle in the car is pointing toward the E, and the checking account balance is zero, we do tend to operate more out of fear than faith. But on every occasion when we do so we always end up on the wrong side of an issue. Jonah ended up in the belly of the whale. Elijah ended up hungry hiding in a cave. Israel, well they ended up being mocked by one man, Goliath. So it was with Israel in Numbers 13. They now will go through the years of wilderness wanderings asking themselves, “Why did we do that?”

The African gazelle when full grown can run at a speed of up to 45.50 miles per hour and faster when pressed. They can leap 10 to 12 feet high and for a distance of 60.65 feet with a single bound. Yet when the gazelle is taken into captivity and placed in a zoo, they live behind a four-foot high board fence. You see, the gazelle when full grown still can’t see over a four-foot high fence. The gazelle could easily leap over the fence but refuses to do so. The gazelle will not jump unless he can see where he will land. So the gazelle doesn’t need to live a life behind a wooden fence, but does because of fear. The gazelle reminds us of so many who choose to live enslaved by fear rather than take a leap of faith. One day the enslaved will ask, “Why did I do that?”

✞ Live enslaved by fear or live in freedom by faith. The choice is yours and mine.