Daily Devotion: The Vows We Make 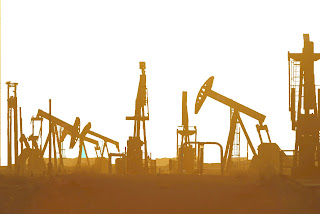 Key Verse: Verse 34 - “And Jephthah came to Mizpeh unto his house, and, behold, his daughter came out to meet him with timbrels and with dances: and she was his only child; beside her he had neither son nor daughter.”

Key Words: and, behold, his daughter came out to meet him

Oh, the vows that we make to God.

Lord, if you’ll get me out of this, I’ll never do it again.

Lord, if you’ll let my child live, I’ll serve you until I die.

Lord, if you’ll supply the funds, I’ll tithe the rest of my life.

Again, I repeat, the vows we make to God. So it was that Jephthah made one of those vows. He told God he would sacrifice the first thing that came out of his house if God would give him the victory over the Ammonites. I’m sure he never gave a thought to the fact that his only child, his daughter would end up being the sacrifice.

Now, the discussion has gone on for years as to whether the sacrifice was a vow, that he would take her life or that she would remain a virgin all of her life (verses 37-39). Nevertheless, Jephthah fulfilled his vow to God. I’m sure he had to have, though, when he saw his daughter come out first from his house, “Why did I do that?”

Need we all to be reminded of the words of Solomon which were inspired by the Holy Spirit, “When thou vowest a vow unto God, defer not to pay it; for he hath no pleasure in fools: pay that which thou hast vowed” (Ecclesiastes 5:4).

Don’t be like the wealthy oil tycoon who was on his death bed. His pastor talked of God’s healing power. “Pastor, if God heals me I will give a million dollars to the church.” Miraculously, the man revived and within a few short weeks he was out of the hospital. One day, several months later, he and the pastor chatted on the sidewalk in front of the hardware store. “You know,” the pastor said, “when you were in the hospital dying, you promised to give the church a million dollars if you got well. We haven’t received that million dollars yet.” “Did I say that?” the tycoon asked, “I guess that just shows how sick I really was!”

We may ask “Why did I do that?” But we still need to fulfill our promises to God.

✞ Let your yea be yea.