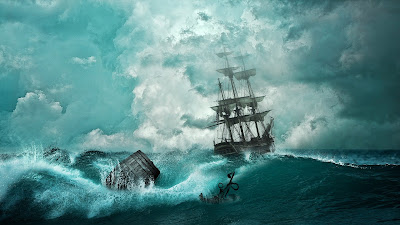 Key Words: But Jonah rose up to flee unto Tarshish from the presence of the LORD

I don’t mean to be sarcastic, but how does one flee from an omnipresent God? Where can you go where God ain’t?

Fast forward now. Jonah has gotten on a ship headed for Tarshish. God sends a storm. Jonah admits to the merchants on the ship that the storm is his fault and requests they throw him into the sea. They threw him overboard and Jonah finds himself in the belly of a whale. Jonah, at some point, had to at least think to himself, “Why did I do that?”

All of us, at some point in life, will be called upon to do something we are afraid to do.

The difference is these all faced their fears. Jonah ran from his.

Yes, the day will come, maybe more than once, that you will have to look at doing something fearful. At that point, either you will overcome the fear or surrender to it. You will still have to consider one more question, “Why did I do that?”

✞ Remember, there is no fear as fearful as admitting to yourself that you’re a coward.