Daily Devotion: The Promises We Make 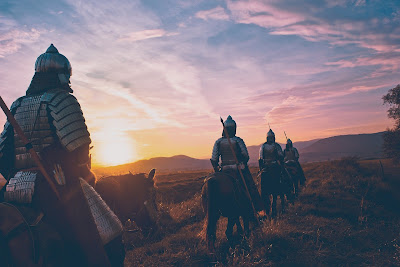 Ahithophel at one time was a trusted counselor to King David but now has sided with Absalom to overthrow David as king. Ahithophel makes a number of promises to Absalom in his quest to defeat David. Ahithophel asked for 12,000 soldiers. He will immediately begin to pursue David and catch him while he is weak and weary. He promises that 12,000 men will put David to flight out of fear then he will smite David. He promises Absalom that he will bring David’s followers back to them and they shall live in peace.

David and his men are mighty. They are hard-core warriors. They are like a mother who has been robbed of her babies. Not only that, David will not be with the people. He will sleep in a pit or another place where he cannot be easily found. David and his soldiers will slaughter Ahithophel and his soldiers. In essence he is saying Ahithophel’s promises will never be fulfilled.

Absalom is also told that Ahithophel’s counsel will bring evil upon him. When Ahithophel finds out what Absalom was told, he hung himself, no doubt fearing the punishment of Absalom.

Don’t you know that Ahithophel said to himself at some point, “Why did I do that?”

If you are giving counsel to your boss and making promises that can’t be fulfilled, how long do you expect to be on his payroll? At some point, you too will be asking, “Why did I do that?”

✞ Count the cost before making the promise.