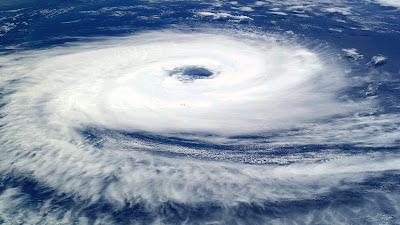 Key Verse: Verse 17 - “That he told her all his heart, and said unto her, There hath not come a razor upon mine head; for I have been a Nazarite unto God from my mother's womb: if I be shaven, then my strength will go from me, and I shall become weak, and be like any other man.”

Key Words: That he told her all his heart

Satan can make sin pleasurable for a while but then the bottom falls out and sheer fear and sorrow take over.

On August 17, 1969, in the small Mississippi Gulf Coast town of Pass Christian, there was a group of young adults who decided they would have a hurricane party. Hurricane Camille packing 200 miles-per-hour winds was headed directly for the small town of Pass Christian. Law enforcement, rescue personnel, even the National Guard begged them to leave but to no avail. As a matter of fact, they mocked other residents leaving the city in fear. As the hurricane drew closer, the party of twenty-two young adults and one child began to “party” harder. Finally at 11:30 PM Hurricane Camille with her powerful winds, rains and tornadoes tore through Pass Christian, Mississippi, killing all the adults leaving only the small child alive.

I am sure at some point those twenty-two adults had to have said to themselves, “Why did I do this?” Just as I am sure Samson must have said the same thing.

✞ You can make sin a game if you want, but in the end, you will lose.

Pastor’s Note: Some have denied that such a hurricane party ever took place. Still others declare to this day the party did take place. Whether it did or not occur, the point is that sin is not a game and in the end sin will always win the game if allowed to participate. Sin must be confessed and forsaken. Thank God for the victory we have over sin through the blood of Jesus Christ.