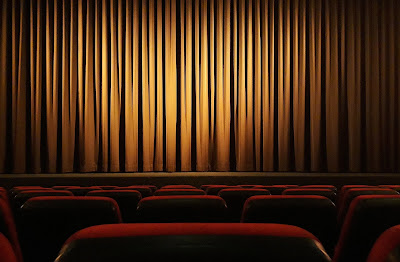 Two little words that we use all the time and give very little thought to are “in” and “of”. Both are prepositions and both have two letters but they mean entirely different things.

Paul said of Demas, “For Demas hath forsaken me, having loved this present world” (II Timothy 4:10a).

But the pull of the world drew Lot in and as a result, he literally lost everything. He had to be asking himself, “Why did I do that?”

Some years ago when our girls were pre-teens, they begged by wife and I to take them to Six Flags Over Georgia; so we gave them some work to do outside of their normal responsibilities. We told them, “Do these things for a week, working together as a team with a good spirit, and we will go to Six Flags.” They did what they were asked and we took them to Six Flags. The mistake we made was taking them in mid-August where in the deep South it gets to near 100 degrees Fahrenheit and the humidity is close to 100 percent. By mid-afternoon we were scorching and looking for a place to cool off. Then I spotted it! It was inside and in an air conditioned building. A show was going to start in ten minutes so I quickly grabbed the family and into this cool building we went, sitting, I might add, right down front. The show started and out came these beautiful, but scantily dressed, young ladies singing songs I had never heard before while pretending to be drunk. The young men then came out in pretty much the same condition. It was then I began to wonder, “What have I done?” I could feel eight eyes staring a hole through me as my wife and girls gazed in shock at me. So in front of 200 people, we got up and walked out (sheepishly, I might add). As we got out the side door back into the heat, my middle daughter asked, “Daddy, why did you take us in there?” Yes! Why indeed did I do that? The pull of a cool building had placed me in a place I should not have been. So it is with the world. It will take you where you don’t need to go and leave you wondering, “Why did I do that?”

✞ We have to live in the world but we don’t have to be a part of it.