Daily Devotion: The People We Mock 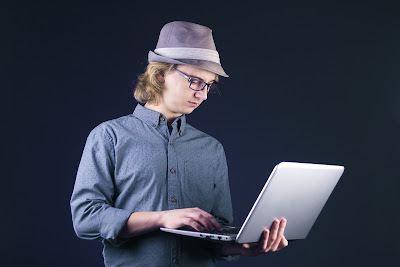 Key Verse: Verse 4 - “And when his brethren saw that their father loved him more than all his brethren, they hated him, and could not speak peaceably unto him.”

Key Words: they hated him

The old saying that hindsight is 20-20 was exactly that, I am sure, for Joseph’s brothers. They hated Joseph, desired to see him dead, put him in a pit and sold him into slavery. While a slave in Potiphar’s house, his wife falsely accused him and he was put into prison. While in prison, he was misled by the butler; but in the end he was promoted to governor of Egypt. We find his brothers now standing before him realizing who he is and knowing that he has the power to have them executed. They had to be thinking back to years ago when they had mistreated him and no doubt were thinking, “Why did we do that?”

Some years ago we had a geek in our school ministry, not very handsome, not very athletic, but very smart. Because of his “geekiness” some of the others would make fun of him and tease him. As fate would have it, this geek went on to college, graduated and was quite successful in his career. One day he had an interview with a prospective employee. This prospect was amazed when he walked into the interview room and saw the interviewer! He began having flashbacks, the interviewee immediately recognized the interviewer as the geek he had made light of years before. He, by his own admission, began to ask himself, “Why years ago did I do that?”

I do believe that God has a sense of humor. The wheels of God’s justice grind slowly, but surely.

I have often used this story with other students reminding them that one day they may stand before the person to whom they are giving a hard time. Now that person has the authority to hire them and yes, even fire them. It is always wise to treat others the way you want to be treated. Do unto others as you would have them do unto you.

Oh, and by the way, the geek did hire his former classmate! Ain’t forgiveness great!!

✞ Treat others every day the way you want to be treated.