Daily Devotion: The Advice We Take 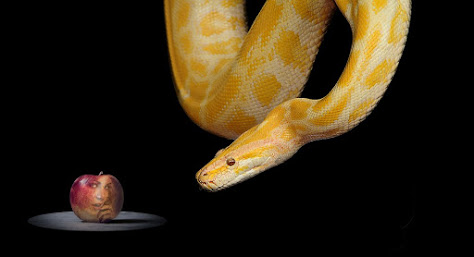 Key Verse: Verse 6 - “And when the woman saw that the tree was good for food, and that it was pleasant to the eyes, and a tree to be desired to make one wise, she took of the fruit thereof, and did eat, and gave also unto her husband with her; and he did eat.”

Key Words: she took… and he did eat

Have you ever said to yourself, “I wish I hadn’t listened to them”? Don’t you know that’s what Eve was saying to herself about listening to the serpent; and you have to know that Adam regretted listening to Eve.

Remember the words of Mom, “Be careful who you listen to. They don’t always have your best interest at heart.”

That salesman, that scam call, that false teacher or preacher, and yes, even sometimes that friend or relative who is really trying to help but ends up being a burden. Oh, how we wished we never had listened to them!!

Some years ago one of our members came to me all smiles and said, “I’ll soon be a millionaire.” He had gotten a letter from someone claiming to be a long lost relative who lived in a different country and was dying. This relative had heard how the member was in need and wanted to leave him with a million dollars. All this mysterious relative needed was his checking account number and he would forward the money to his account.

Now, I really hated to be a killjoy and a discouragement to him but I did feel like it was my responsibility to tell him that he was being scammed. “Too late,” he said, “I’ve already sent them my account number.” I begged him to close his account before he lost everything. “Pastor, you’ve got to have faith,” he replied. “In God,” I said, “not someone claiming to be a long lost relative.”

Long story, short: they drained his account. Now, I know what you’re thinking, that scam is one of the oldest in the world. Yes, today it is, but not back then. We seldom, if ever, heard of such things as this; but I admit, it was easy to see through. But when our hearts are set on riches and self-gratification and not truth, we often heed what others suggest and then wish we had never listened!!

Be careful who you listen to or you may be next to fall into the pit of deceit.

✞ Remember, if it sounds too good to be true, it probably is.