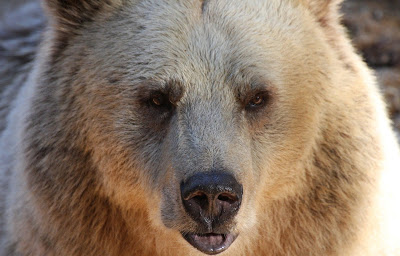 Key Words: Go ye, sacrifice to your God in the land

Pharaoh, rather than letting the people of Israel go, kept attempting to get Israel to compromise. In our text for today, Pharaoh makes a revealing statement, “Go ye, sacrifice to your God in the land.” Pharaoh didn’t care if they sacrificed to God so long as they stayed in Egypt. I’ve found Satan to be the same way. He doesn’t care if we sacrifice to God; just don’t leave the “worldly lifestyle behind. Don’t go all the way for God. Stick around the world, enjoying the world.” What a compromise proposal Pharaoh had! In essence, he was saying, “You can have the best of both worlds. You can sacrifice to your God and still live a worldly life.” How revealing! But when you decide you’re not going to compromise, hard times may come for awhile. But joy will come in the morning. But when you do decide to compromise, it can and will consume you…literally.

A hunter had his gun aimed at a large bear and was ready to pull the trigger. Just then the bear spoke in a soft, soothing voice, saying, "Isn't it better to talk than to shoot? Why don't we negotiate the matter? What is it that you want?" The hunter lowered his rifle and answered, "I would like a fur coat." "That's good," said the bear. "I think that's something we can talk about. All I want is a full stomach; maybe we can reach a compromise." So they sat down to talk it over. A little while later the bear walked away alone. The negotiation had been successful - the bear had a full stomach and the hunter had a fur coat!

✞ Remember what Dante said, “The hottest places in hell are reserved for those who, in a period of moral crisis, maintain their neutrality.”