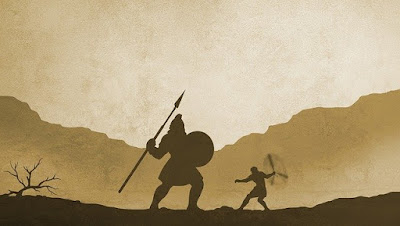 Key Verse: Verse 10 – “Beat your plowshares into swords, and your pruninghooks into spears: let the weak say, I am strong.”

Key Words: let the weak say, I am strong

We all face those people or things in life that cause us to think we are “unable.”

Now, what hard things are you facing that cause you to think you are unable to be victorious, unable to move forward?

In 1982 Nick Vujicic was born with Tetra-amelia Syndrome, a rare genetic disorder. Nick has no arms or legs, although he has two small feet attached to his torso. Growing up Nick struggled emotionally and physically to accept his condition. But today Nick, a born-again believer, has what he calls a ridiculously good life.

Nick is able to use his physical condition for God and draws a crowd wherever he goes which enables him to witness to dozens and hundreds of people at one time. Nick took his inability and made it into an ability. That which he was unable to do has now become his strength.

It’s your call. You can sit and pout over what you can’t do or you can focus on what God can do. Let your “unable” become your “able.”