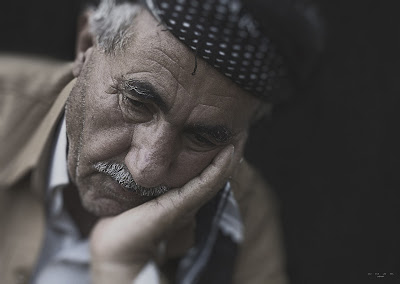 Key Verse: Verse 14 - “But strong meat belongeth to them that are of full age, even those who by reason of use have their senses exercised to discern both good and evil.”

We often think of the aged as those past their prime, no longer of such strength as to accomplish the tough tasks of life. This is not so! If you’ll notice in our text verse, those of full age can teach others. They, because of their experience, know how to discern between good and evil. So the aged should be treated with respect and honor. Remember, one day you’ll be there!

“I can’t have this,” she said. “It interferes with my right to happiness.” So she and her husband took him firmly by the arm and led him to the corner of the kitchen. There they set him on a stool and gave him his food in an earthenware bowl. From then on he always ate in the corner, blinking at the table with wistful eyes.

Need I say more? Honor those who are of full age. Trust me, they deserve it!

✞ Remember, who you honor or fail to honor speaks volumes about you.