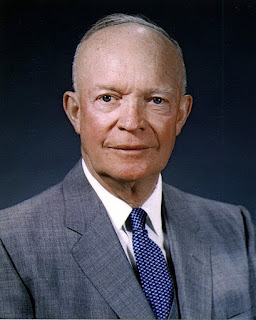 Key Words: my servant lieth at home sick of the palsy

Many scholars tell us that the word servant means a “child servant.” Whether this is accurate is moot, the point is that the centurion cared and carried out an honorable act.

Years ago, during the presidential term of office of Dwight Eisenhower, the president was vacationing in Denver. It came to his attention that a six-year-old boy named Paul Haley was dying of an incurable cancer. And he had one great dream – that was to someday see the president.

Dwight Eisenhower made an act that will long outlive his great speeches when he said to one of his aides, “Let’s go see young Paul Haley.” They got in the presidential limousine and they drove over one August Sunday morning to the home of Paul Haley who didn’t know he was coming. Flags on the fenders were flying as this black limousine drove up. Doors flew open, and out walked the President, who knocked on the door.

Mr. Donald Haley, the father, wearing blue jeans, an old dirty shirt, and one day’s growth of beard, opened the door. He said, “Yes, can I help ya?” And the president responded, “Is Paul here? Tell him the president would like to see him.”

And little Paul, to his amazement, walked around his father’s legs and stood and looked up into the face of the man he admired most. Dwight Eisenhower kneeled down, shook his hand, took him out to see the presidential limousine, and before he said good-bye, he hugged little Paul Haley. They shook hands again, and he left.

But let me assure that the president’s honorable act not only changed Paul, it changed a family and a neighborhood as well. To God be the glory!

✞Name an honorable act you’ve carried out this week.

✞Commit yourself to one honorable act per week, and you will change a person, a family, a church, a community; but most of all, it will change you.