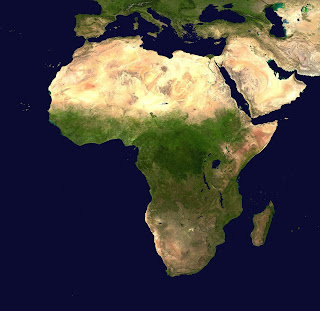 Key Verse: Verse 6 – “And he said unto him, Behold now, there is in this city a man of God, and he is an honourable man; all that he saith cometh surely to pass: now let us go thither; peradventure he can shew us our way that we should go.”

Key Words: he is an honourable man

Samuel was an honorable man. He was honorable for many reasons. One was he was a man of God’s Word and he kept His Word. It reminds me of David Livingstone.

After David Livingstone had been in Africa about 12 years, he had a desire to travel from where he was, on the east coast of the continent, over to the west coast through a part of that continent that no other European had ever been before. He didn’t have any possibility of doing it on his own, so he went to a local chief and asked for 27 men of the local tribe to go with him. The chief was more than a little bit suspicious. The trip was dangerous and he’d learned about white men that they were not entirely trustworthy. Livingstone, sensing some of that feeling about him, made him a promise.

“If you give me your sons, I promise to return with them, and to deliver them to their homes and families. My life will be a pledge.”

Well, the chief agreed on that basis, and Livingstone set out.

The journey was every bit as dangerous as it was thought to be. There was incredibly difficult terrain, there were hostile tribes, there were all kinds of predatory and dangerous animals, there was sickness and illness. But finally, they made it to the west coast, and they stumbled into the port of Luanda, which had been their target, only to be amazed by finding a British warship there. And that warship had been sent from England for the specific purpose of finding Livingstone and bringing him back, on the orders of Queen Victoria.

The captain came to him and said, “Sir, Queen Victoria has sent me to urge you to return. All England is waiting to honor you.” Very tempting. The request, even the order of the Queen, because when the Queen invites, that is a command in most cases. And the thought of going home, and the thought of being honored, was tempting, but Livingstone had a problem. He had made a promise. “Well,” they assured him, “the promise of a white man to an African doesn’t matter. And the Queen is more important than a chief.”

Livingstone had made a commitment, and despite all the urgings of the naval officers who were there, he turned his back and headed back into the jungle. The round trip ended 2 ½ years after he started, with him delivering those people back – to honor a promise.

That was probably why, when Livingstone died, the Africans were very committed to bury his heart in Africa. They were more than willing to listen to a man whose word was something they could trust.

✞ The best way to receive honor is by being honorable.