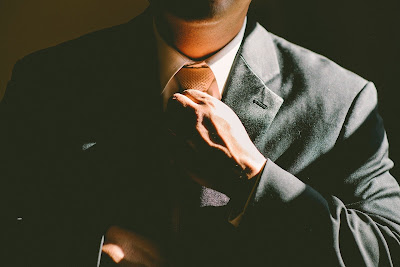 
Some years ago I was attending a meeting and the dress for that meeting was casual: you know, dress pants, pull-over shirts, etc. That day we had the ambassador for the nation of Israel speaking to our group. After he had finished his speech, the moderator said, “I’m sorry we didn’t advise you that the dress was casual.” The ambassador politely smiled and said, “It would not have mattered. For an ambassador this is proper dress. You must act like an ambassador, look like an ambassador, and carry yourself like an ambassador because you represent the greatest nation on earth, the United States of America.”

Should not the same be true for us? For Christians are ambassadors and we should look, act, and carry ourselves like ambassadors.

James Packer, in his book, Your Father Loves You, says, “Paul considered himself Christ’s ambassador. What is an ambassador? He is an authorized representative of a sovereign. He speaks not in his own name but on behalf of the ruler whose deputy he is, and his whole duty and responsibility is to interpret that ruler’s mind faithfully to those to whom he is sent.

“Paul used this ‘ambassador’ image twice – both in connection with his evangelistic work. Pray for me, he wrote from prison, ‘that utterance may be given unto me, That I may open my mouth boldly, to make known the mystery of the gospel, For which I am an ambassador in bonds: that therein I may speak boldly, as I ought to speak’ (Ephesians 6: 18-20). He wrote also that God ‘hath given to us the ministry of reconciliation; To wit, that God was in Christ, as though God did beseech you by us: we pray you in Christ’s stead, be reconciled to God’ (II Corinthians 5: 18-20).

“Paul called himself an ambassador because he knew that when he proclaimed the gospel facts and promises and urged sinners to receive the reconciliation effected at Calvary, he was declaring Christ’s message to the world. The figure of ambassadorship highlights the authority Paul had, as representing his Lord, as long as he remained faithful to the terms of his commission and said neither less nor more than he had been given to say.”

Never forget! A Christian is to be an ambassador for Christ.