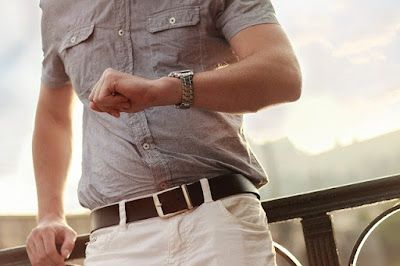 Bible Reading: James 5:1-12
Key Verse: Verse 7 – “Be patient therefore, brethren, unto the coming of the Lord. Behold, the husbandman waiteth for the precious fruit of the earth, and hath long patience for it, until he receive the early and latter rain.”

Patience doesn’t come naturally; it comes supernaturally. It is a product of the fruit of the Spirit.

One of the ways we show our Christianity is through patience.

At three o’clock one wintry morning, a missionary candidate climbed the steps to the examiner’s home. He was shown into the study where he waited until eight o’clock for an interview.

Upon arriving, the old clergyman proceeded to ask questions.

“Fine. Now do you know anything about figures?” the examiner inquired.

“How much is two times two?”

“That’s splendid,” returned the old man. “I believe you have passed. I’ll see the board tomorrow.”

At the board meeting the man submitted his account of the interview. “He has all the qualifications of a missionary,” he began.

“First, I tested him on self-denial. I told him to be at my house at three o’clock in the morning. He left a warm bed and came out in the cold without a word of complaint. Second, I tried him out on promptness. He appeared on time. Third, I examined him on patience. I made him wait five hours to see me, after telling him to come at three. Fourth, I tested him on temper. He failed to show any sign of it; he didn’t even question my delay. Fifth, I tried his humility. I asked him questions that a five-year-old child could answer, and he showed no indignation. So you see, I believe this lad meets the requirements. He will make the missionary we need.”

In other words, he conducted himself as a “Christian.”

✞ Ask God to work through you so you can act “supernaturally,” rather than “naturally.”