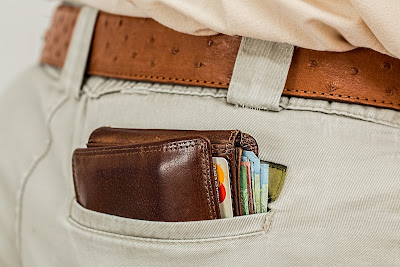 Bible Reading: Matthew 26:47-56
Key Verse: Verse 23 – “And, behold, one of them which were with Jesus stretched out his hand, and drew his sword, and struck a servant of the high priest's, and smote off his ear.”

Key Words: and smote off his ear

As Christians we should be people of action rather than reaction. It’s often our reactions that tend to destroy our Christian testimony.

I recently read about a fellow who was getting ready to travel abroad. Several people warned him to watch for pickpockets when he got to a particular busy city. If he went down to the crowded subway, a pickpocket could grab his wallet and get on the train, the doors would shut, and the pickpocket would be gone. So he determined to be very careful.

One evening after arriving in the city he was dressed casually in a sport coat, and he came to the crush of people down in the subway. Sure enough, just about the time the door opened and some people were pouring on, a fellow bumped up against him and he thought, “That was strange.” So he reached into his pocket and he didn’t find his wallet! Well, he grabbed this fellow’s coat just as the door began to close and began to pull. Finally he got the coat all the way out even though the guy was struggling, and the door closed and the fellow inside looked bewildered as the subway train took off. Proud of himself, the guy thought, “Well, that showed him!” But when he looked in the fellow’s coat, he didn’t find his wallet. All that for nothing. But the story has a happy ending – he found his wallet on the bureau at the hotel.

Oops!! We do tend to react rather than act, do we not?