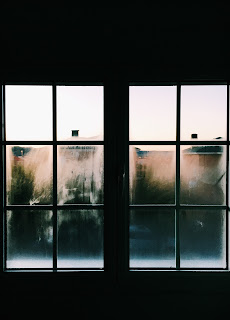 Bible Reading: Matthew 7:1-12
Key Verse: Verse 3 - “And why beholdest thou the mote that is in thy brother's eye, but considerest not the beam that is in thine own eye?”

Key Words: but considerest not the beam that is in thine own eye

The believer that resembles Christ isn’t free from criticism. Why, Jesus criticized the hypocrites (Matthew 23), Job criticized his friends, and Paul was critical of the church of Corinth. But there is a difference between their criticism and others’ criticism in that they not only pointed out their wrongs; they also pointed out how to get right.

Now before you criticize others, you need to honestly evaluate your own life. Before you criticize your church, you need to ask yourself these questions: If every member were just like me, what kind of church would we have? What would the Wednesday night attendance be? What would the offering look like? How many missionaries would we be supporting? And the list goes on and on – but you have the idea.

A woman was highly critical of her neighbors’ windows. She claimed that they were always dirty. One day after complaining, a wise friend encouraged her to wash her windows. She followed her advice and the next time the friend came over for a visit, she said, “I can’t believe it! A soon as I washed my windows, my neighbor must have cleaned hers as well. Look at them shine!”

✞ Before you criticize others, clean up your own life.