Daily Devotion: A Christian Is A Soldier 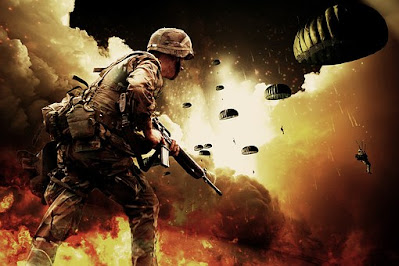 
A Christian is a soldier and should fight the good fight of faith, not becoming entangled in the affairs of this life.

One of my granddaughters wanted to wear one of her momma’s necklaces. As I walked by the room where my granddaughter was dressing, I heard her grunting and sighing and such. Finally, I heard a loud sigh that sounded like someone speaking in tongues. In fear and trembling I knocked on the door to see if I could help. My granddaughter looked at me and muttered something that sounded like an angry bull snorting at a matador. I calmly asked if I could help, still not knowing what the problem was. She said, “Sure,” tossing the necklace on the bed. “But I can tell you now it’s hopeless.”

Being her Paw-Paw and her pastor, I reassured her with soothing words that where there is life there is hope. So I walked over and picked up the item off the bed to find a necklace entwined in seemingly a hundred or more knots. I worked with the necklace for several minutes, which, in actuality seemed like several hours, until I found myself speaking and snorting in a muttering tone, totally frustrated with the job that was before me, when finally I declared to my granddaughter, “This is hopeless!”, only to hear her reply, “I tried to tell you.”

The point is that we are useless as a soldier of God when we become entangled in the world. I encourage you as a Christian soldier to fight the good fight of faith and don’t let yourself become entangled with the things of the world

✞ Endure hardness as a good soldier and be leery of the enemy – the world.