Daily Devotion: I Dare You! 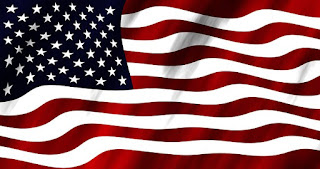 
I read the following article and found it interesting.

“For those who want to light Old Glory on fire, stomp all over it, or spit on it to make some sort of ‘statement,’ I say let them do it. But under one condition: they MUST get permission from three sponsors.

“First you need permission from a war veteran. Ask any veteran who faced and fought the Axis on foreign soil in every corner of the globe. The American flag was raised over Mount Surabachi upon the bodies of thousands of dead buddies. Each night spent on Iwo Jima meant half of everyone you knew would be dead tomorrow, a coin flip away from a bloody end upon a patch of sand your mother couldn’t find on a map. Or maybe ask a Vietnam vet who spent years tortured in a small, filthy cell unfit for a dog. Or a Korean War soldier who helped rescue half a nation from Communism, or a Desert Storm warrior who repulsed a bloody dictator from raping and pillaging an innocent country.

“That flag represented your mother and father, your sister and brother, your friends, neighbors, and everyone at home. I wonder what they would say if someone asked them permission to burn the American flag?

“Second, you need a signature from an immigrant. Their brothers and sisters may still languish in their native land, often under tyranny, poverty and misery. Or maybe they died on the way here, never to touch our shores. Some have seen friends and family get tortured and murdered by their own government for daring to do things we take for granted everyday. For those who risked everything simply for the chance to become an American, what kind of feelings do they have for the flag when they pledge allegiance the first time? Go to a naturalization ceremony and see for yourself, the tears of pride, the thanks, the love and respect of this nation, as they finally embrace the American flag as their own. Ask one of them if it would be OK to burn the flag or spit on it.

“Third, you should get the signature of a mother. Not just any mother. You need a mother of someone who gave his or her life for America. It doesn’t even have to be from a war. It could be a cop, or a fireman, maybe a Secret Service or NSA agent. Then again, it could be a common foot soldier as well. When that son or daughter is laid to rest, their family is given one gift by the American people – an American flag. Go on. I dare you. Ask that mother if you can spit on her flag.

✞ Pray for those who stand daily in harm’s way for our freedoms.