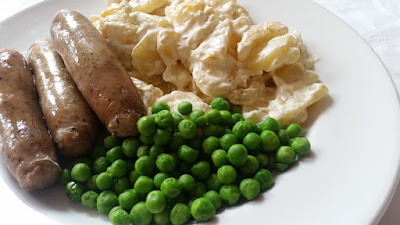 Bible Reading: Deuteronomy 32:30-43
Key Verse: Verse 38 - "Which did eat the fat of their sacrifices, and drank the wine of their drink offerings? let them rise up and help you, and be your protection.”

Key Words: and be your protection

In our text God offers a challenge to the enemies of Israel. “Let them (your gods) rise up and help you, and be your protection.” No doubt that our protection comes from God.

Are you aware of the following story in regard to George Washington?

If George Washington had not led the Continental Army in the Revolution, there might never have been a United States. It could have happened that way if it hadn’t been for Phoebe Fraunces, a daughter of a New York City tavern keeper, Samuel Fraunces.

Phoebe Fraunces was a housekeeper for Washington when Thomas Hickey, a member of his guard, enlisted her help in killing the general. Fraunces’s role was to serve Washington a plate of poisoned peas, and she agreed to play it. But as she was serving Washington, she warned him, and he flipped the peas out the window.

The failed plot came to light on June 17, 1776. By then Hickey, in jail for passing counterfeit money, was hatching another plot. He was trying to enroll prisoners in a secret Tory corps within the rebel army. Some 700 soldiers, Hickey boasted, were on the payroll of New York’s Tory governor, William Tryon, and New York City’s mayor, David Matthews. The men planned to support a British invasion by turning their guns on their comrades. New York City would be set ablaze while a drummer in Washington’s guard would stab the general.

An investigation was launched. Mayor Matthews surrendered and was jailed; he later escaped to England. Hickey was hanged in New York City on June 28, 1776, before a crowd of 20,000.

In reporting to Congress, Washington wrote: “I am hopeful this example will produce many salutary consequences and deter others from entering into like traitorous practices.”

If nations rise and fall by the authority of God, and they do, then no doubt God’s protection was upon George Washington. And just as God protected George Washington, He protects each of us as well.

✞ Praise God for His marvelous providence and protection.