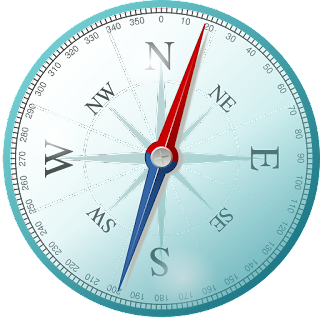 Bible Reading: Acts 24:10-21
Key Verse: Verse 16 - “And herein do I exercise myself, to have always a conscience void of offence toward God, and toward men.”

The conscience is a compass that guides us in our decision-making. Now, don’t misunderstand, we always obey God’s Word over our conscience; but a good conscience and the Word are always in agreement. I define the conscience as those red flags that caution us about our direction; and when we fail to heed those flags we find ourselves in one of those self-induced trials.

In Focus on the Family, Rolf Zettersten writes:
“A good friend in North Carolina bought a new car with a voice-warning system.    At first Edwin was amused to hear the soft female voice gently remind him that his seat belt wasn't fastened... Edwin affectionately called this voice the 'little woman'.

“He soon discovered his little woman was programmed to warn him about his gasoline. 'Your fuel level is low,' she said one time in her sweet voice. Edwin nodded his head and thanked her. He figured he still had enough gas to go another 50 miles, so he kept on driving. But a few minutes later, her voice interrupted again with the same warning. And so it went over and over. Although he knew it was the same recording, Edwin thought her voice sounded harsher each time.

“Finally, he stopped his car and crawled under the dashboard. After a quick search, he found the appropriate wires and gave them a good yank. So much for the 'little woman.' He was still smiling to himself a few miles later when his car began sputtering and coughing. He ran out of gas! Somewhere inside the dashboard, Edwin was sure he could hear the 'little woman' laughing.”

✞ You can sear your conscience but you will be sorry later. Heed those red flags; you’ll be glad you did.