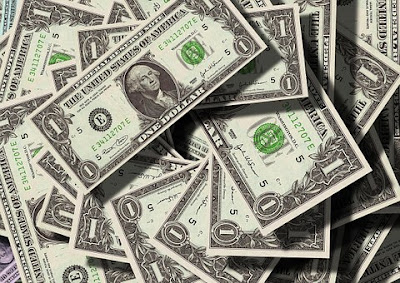 Bible Reading: I Timothy 6:1-13
Key Verse: Verse 10 - “For the love of money is the root of all evil: which while some coveted after, they have erred from the faith, and pierced themselves through with many sorrows.”
Key Words: For the love of money


I know that our text is a familiar portion of Scripture. We hear about the love of money all the time, but it’s true – the love of money is the root of all evil, and that love of money WILL produce many self-induced trials in your life. Just ask Achan in Joshua 7, or the Israelites in Nehemiah 5, or Solomon in Ecclesiastes 2, or Ananias and Sapphira in Acts 5…and we all know about Judas in Matthew 27.

Many people think money is security, but I Timothy 6:9 warns that it can be just the opposite. A few years ago, columnist Jim Bishop reported what happened to people who won the state lottery:

Rosa Grayson of Washington won $400 a week for life. She hides in her apartment. For the first time in her life, she has "nerves." Everyone tries to put the touch on her. "People are so mean," she said. "I hope you win the lottery and see what happens to you."

When the McGugarts of New York won the Irish Sweepstakes, they were happy. Pop was a steamfitter. Johnny, twenty-six, loaded crates on docks. Tim was going to night school. Pop split the million with his sons. They all said the money wouldn't change their plans. A year later, the million wasn't gone; it was bent. The boys weren't speaking to Pop, or each other. Johnny was chasing expensive race horses; Tim was catching up with expensive girls. Mom accused Pop of hiding his poke from her. Within two years, all of them were in court for nonpayment of income taxes. "It's the Devil's own money," Mom said. Both boys were studying hard to become alcoholics.

All these people hoped and prayed for sudden wealth. All had their prayers answered. All were wrecked on a dollar sign.

The love of money WILL produce self-induced trials in your life. Put God first (Matthew 6:33), and always remember Proverbs 17:1, “Better is a dry morsel, and quietness therewith, than an house full of sacrifices with strife.”