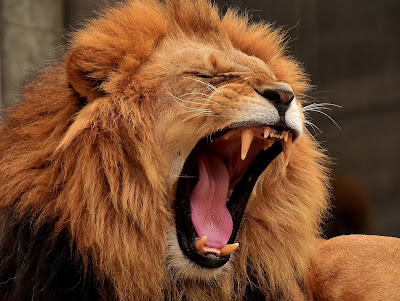 Key Words: There is a lion without

Proverbs 22:13 is a picturesque description of a fellow who gets up some morning and doesn't want to go to work. Here’s how it reads, “The slothful man saith, There is a lion without, I shall be slain in the streets.” His wife peeks out the window, but sees no lion. His children peer fearfully through the curtains, but see no lion. But to him, the lion is real, at least in his imagination, for he wants to stay home that day.

An occasional reluctance to go to work is normal. But when an individual sees lions on his doorstep each morning, something is more at fault than his eyesight!

His problem may be that he has a job, but not a calling. Max Lerner says a mere job has three characteristics: we want to get it over with the least possible effort, we want to finish it in the shortest possible time, and we want as much pay as possible. On the other hand, a calling is something you could no more help doing than you could help breathing.

This was Robert Louis Stevenson’s philosophy, “If a man love the labor of his trade apart from any question of success or fame, the gods have called him.”

If all you have is a job, then I feel sorry for you because all you have from day to day are trials rather than daily joys. What a shame.

✞ There is a difference between a job and a call. Obey your call; it’s more enjoyable than getting a job.