Daily Devotion: THE FAILURE OF SUCCESS 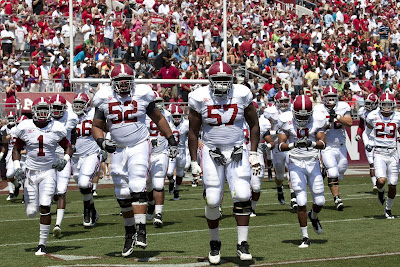 Key Verse: Verse 16 - "But when he was strong, his heart was lifted up to his destruction: for he transgressed against the LORD his God, and went into the temple of the LORD to burn incense upon the altar of incense.”

Key Words: when he was strong, his heart was lifted up to his destruction

Success is a good thing unless, of course, we believe that we are the reason for the success. Then success becomes the self-induced trial of failure and hurt. This is clearly seen, not only in the life of Uzziah, but also in the life of the rich farmer in Luke 12; and again in Joshua 6 and 7. After Israel’s victory at Jericho, they thought they could defeat Ai with only a few men, but most of all, without God. Success brought their failure.

In 1999, the University of Alabama won the Southeastern Conference Championship. They had exceeded all expectations. The following year the pre-season polls had them ranked as high as number three in the nation. They were to be in the hunt for a national championship. Unfortunately, the hunt for the national championship never developed. Alabama finished with a 3 – 8 record that year. It was later revealed that the success from the previous year had caused some of the coaching staff to think more highly of themselves than they ought to have thought; players thought they could win without proper practice. They began to feel as though victories were assured because of the previous year’s success, but the result of their success was to fail totally.

The coaches, players, and fans discovered that success today does not assure success tomorrow. Failure can and does often come because of the wrong attitude toward success. So I challenge you to be cautious or your successes today could be tomorrow’s failures.

✞ Understand the importance of humility, hard work, and the guidance of the Holy Spirit, or your success today will be the failure of tomorrow.