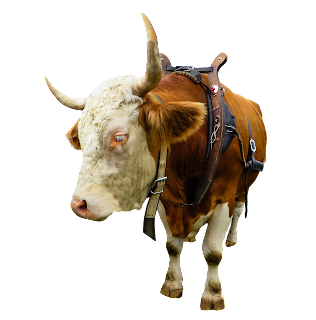 Bible Reading: II Corinthians 6:11-18
Key Verse: Verse 17 – “Wherefore come out from among them, and be ye separate, saith the Lord, and touch not the unclean thing; and I will receive you,”

Key Words: come out from among them

You read in verse 14 “Be ye not unequally yoked together with unbelievers.” This is not a reference to marriage, although it could be used as such. The context is that there are lost people in the church, and as a saved person you have no fellowship or communion or agreement with them, so Paul tells them in verse 17, “...come out from among them.”

F. B. Meyer once said, “It is often argued that we should stay in the midst of churches and bodies whose sins and follies we deplore, in the hope of saving them for God and mankind. Such reasoning has a good deal of force in the first stages of decline. A strong protest may arrest error and stop the gangrene. But as time advances, and the whole body becomes diseased; when the protests have been disregarded, and the arguments trampled underfoot; when the majority have clearly taken up their position against the truth – we have no alternative but to come out and be separate. The place from which we can exert the strongest influence for good is not from within, but from without. Lot lost all influence in his life in Sodom; but Abraham, from the heights of Mamre, was able to exert a mighty influence on its history.”

✞ Make sure your church affiliation pleases God – not your children or your neighbors – but God!!