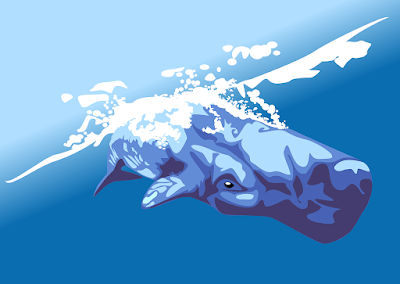 
Nothing produces more self-induced trials than does bitterness. Think of Esau, Shimei, Jonah, the Pharisees, and the list goes on and on. Bitterness destroys, not the one we are bitter with but, ourselves.

A thorough study of the Edomites who Esau fathered reveals the horror of the self-induced trial which bitterness produces.

One of the most powerful pictures of the embittered heart is seen in Herman Melville’s character Captain Ahab in Moby Dick. In a violent confrontation at sea, the great white whale dubbed Moby Dick had sliced off Ahab’s leg. Ahab had been carried to his bunk in the bowels of the ship and there he lay, clinging to life, leg absent, during the return voyage.

“For long months of days and weeks, Ahab and anguish lay stretched together in one hammock, rounding in midwinter that dreary, howling Patagonian Cape, then it was, that his torn body and gashed soul bled into one another and so interfusing, made him mad.”

Ahab was eventually fitted with a peg leg, but there was no prosthesis for the soul. Obsessed with hate, Ahab set his face to search out and destroy Moby Dick, whatever the cost. He fitted a ship, hired a crew, and mounted a voyage of vengeance which led to his death, the destruction of his ship the “Pequod,” and the loss of all his men save one, Ishmael, who lived to tell the tale.

Don’t let bitterness destroy you, and it will unless you confess it and forsake it.

✞ We have a lot of people today trying to deal with “anger management.” Anger isn’t the problem; bitterness is. Anger is the result of bitterness. Confess your bitterness, and you’ll get victory over your anger.