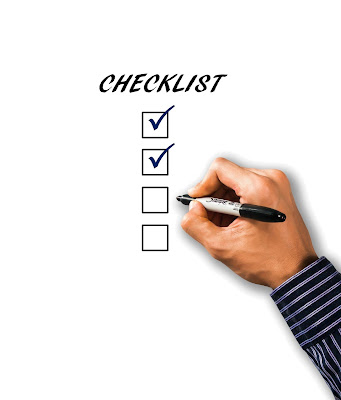 There is a story of a woman who had a husband who kept a list. This list contained twenty-five things he wanted her to do in order to be a good wife for him. Every day he took out the list and he checked off the things that she completed. Cooking—check! Cleaning—check! Care of the kids—check! At the end of the day, he would let her know how she scored—twenty-three out of twenty-five, twenty-one out of twenty-five, etc. This woman was miserable. She was miserable because she didn’t marry to be tied to a checklist. Not that the things she did as a wife weren’t important.

They were important and they were necessary. But she had higher hopes for her marriage relationship.

After a number of years, the husband died. The woman felt a weight lifted from her shoulders because she had been performing for years. She had been doing her duty and hating every minute, even though the duties themselves weren’t innately bad.

One day she was cleaning the house. She opened up a drawer and saw a piece of paper. It was the list from the first husband. She began to giggle when she realized that everything written down, all twenty-five duties, were happening effortlessly in her new marriage. Everything she had hated doing out of requirement by the first husband, she was doing for the second husband—and loving it! All the second husband had was love. It brought joy to this woman, to her home, and all that she did for it. She was overpowered by love.

Thought:. The best way to “kill” a person is with love.