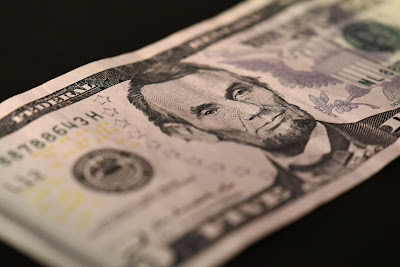 
When it comes to money, it should not shock us as to the extremes to which people will go to gain it and keep it. Let me explain.

To gain it: A teacher of second-graders said, "I'll give this five dollar bill to the student who can tell me who is the greatest person in the world." One child said, “It’s George Washington.” “No, he’s great, but not the greatest.” Another said, “Abraham Lincoln.” “No, he’s great, but not the greatest.” Others suggested John F. Kennedy, Martin Luther King, etc. A Jewish boy in the class raised his hand and said, “Jesus Christ.” The teacher gave the child the five dollar bill, but said, “How is it that you, a Jewish boy, said ‘Jesus?’” He said, “In my heart it is Moses, but business is business.”

To keep it: It's like the guy who told the preacher, "Preacher, I'm going to gamble, but if I win, I'll give it to the church." Now this man had been really sick. So sick that he thought he was dying. He was gambling because he was hoping in his last days to win money to enjoy the remainder of his life. Well, he did win. He won big. But he also got better. The preacher said, “What happened to the money you said you’d give to the church?” The man said, “Now, you know how sick I was. I was too sick to comprehend what I was saying!”

As you can see from these two illustrations, money – love for it can make us compromise on what we believe and lie about our commitment. What a shame!

Thought: Money is like sea water, the more you drink it, the thirstier you get.